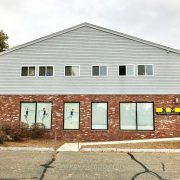 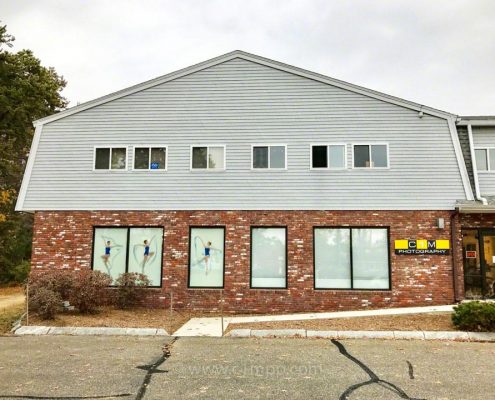 To run a quality-driven business, rather than a price-driven one, let your customers tell your story.

When an entrepreneur launches a new business, it’s typically with a lot of enthusiasm and a desire to provide clients the highest quality product or service possible. They dream of being thought of as outstanding in their field – or even of being thought of as the “go-to” place for whatever product or service they offer. Few set out to be the cheapest; they want to be the best.

This was certainly true for Walter Schnecker when he founded C1M Photography. “I feel that I’ve always been a little bit more obsessed with quality than is commonplace,” he says. “In fact, valuing quality of workmanship was pounded into me as a young man, working with my dad in his stone-cutting business. He never liked it if he thought I was trying to do a job quickly. I heard him say, ‘do it right, and then you won’t have to do it over’ more times than I can count.” Although Schnecker’s work today as the premier executive headshot photographer in southern New Hampshire is far removed from his stone-cutting apprenticeship in rural Germany, his pursuit of high quality is the same.

Not long after launching C1M Photography, though, Schnecker realized that he was in a tight market where competition was fierce and profit margins could be thin. He also realized that attempting to compete solely on price was, in effect, a race to the bottom. After all, as many a business person has discovered, there’s only so much you can lower your prices. At a certain point, you’ll either have to cut corners, which undermines quality, or deal with ever thinner profit margins, which put your entire business in peril. Not only that, but, as Schnecker puts it, “if you focus on the price too much, what everybody else is charging, you also in effect allow the competition to run your company, because you keep reacting to what they’re doing.”

For a small business, or a young one, competing at a price point becomes even more challenging when the competition is a large company that does such a volume of business that they can afford to dramatically drop prices. It’s hard to get people to spend money, and harder still as the price tag gets more significant. It’s one of the facts that every business has to face: anytime you ask someone to spend money, they will question whether it’s worth it or not. They will have doubts. Overcoming those doubts is the primary task of any sales pitch or marketing campaign. You might have heard it called “risk reversal,” but what it comes down to is reassuring your potential customer – telling them, “Yes, we’re asking you to take a chance on us, but we promise it will be OK.”

Cutting prices is one way of providing that reassurance, of course. Offering deep discounts off what you tout as your regular price is another – we’ve all see the “40% off if you act now!” sort of ad. Ultimately, though, that tactic can feel like a gimmick, which can turn consumers off. Worse, it can lead to a downward spiral in which people are constantly putting off purchasing in hopes that the discount will get just a little sweeter. This is the conundrum that Schnecker faced, as so many other small business owners have: how could he reassure his potential clients that the price they’d pay for his high quality work was worth it? The answer turned out to be stories.

Story-telling is part of our cultural fabric. This has been true since humans first drew on cave walls. The most enduring stories – fables and fairytales – carry a lesson at their heart. We know it didn’t work out so well for Snow White when she took that shiny apple from a passing old lady, and her story is one we point to when talking to little ones about trusting strangers. When we’re faced with a problem, we tend to seek out stories – whether fictional or true – that tell us how someone who has gone before us has handled a similar problem. When you gather client feedback that you can turn into testimonials, you allow your satisfied clients to tell their story to potential clients.

Stories from your satisfied clients can serve as risk reversal that is not based on price. Rather than relying on the money-back guarantee or the enormous discount, testimonials can be a tool for presenting overwhelming evidence that potential clients are making a good choice when they elect to do business with you.

When you can offer that overwhelming evidence, you can sell potential clients on the high quality of the product or service that they’re getting, rather than on the low cost. When you’re no longer reliant on low-cost offerings to draw your clients in, it frees you to charge what you’re worth rather than chipping away at your profit margin to boost sales.
At least, this is what Walter Schnecker believed when he began his practice of actively soliciting testimonials from his clients at the end of each transaction. And, as it turned out, he was more than right.

“When I started doing testimonials at the end of a photo shoot,” he says, “it was because I wanted to know what people thought about the experience. It’s been a treasure trove of information that I didn’t expect. Not only did I get really good testimonials, but I also sometimes got input that helped me adjust my course to make my services even more appealing. I remember going in thinking people were going to be smitten with my savviness when it came to lighting and photo angles and the technical aspects of photography. No! What people kept telling me most was that what made me different was that I made them feel comfortable. That the fact that I told them how to stand, what face to make, and how to pose their body made it less awkward to be photographed and eased their anxiety over whether they were doing it right.”

Over the past couple of years, Schnecker has amassed hundreds of testimonials that are posted to his website. More and more, he says, his prospective clients come in with their expectations already set. They know they will be treated to exceptional service and an executive portrait superior to anything they could get elsewhere. They also expect that the the price tag will be commensurate with the quality, and that it will be worth it. “That’s how we get business without having to do discounts and without having to prove anything,” says Schnecker. “The proof is already there on the C1M website. I don’t have to tell my own story, because my clients tell it for me.”

It’s testimonials that have enabled Walter Schnecker to establish C1M Photography as the region’s go-to studio for high-quality, unfailingly polished and professional executive headshots. Testimonials have allowed him to turn his happy clients into his biggest advocates, harnessing the power of story-telling in a unique way to overcome sales hurdles and potential price objections.